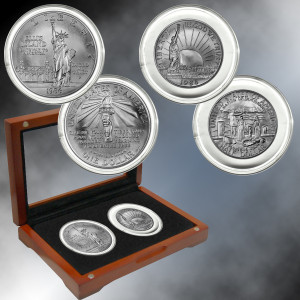 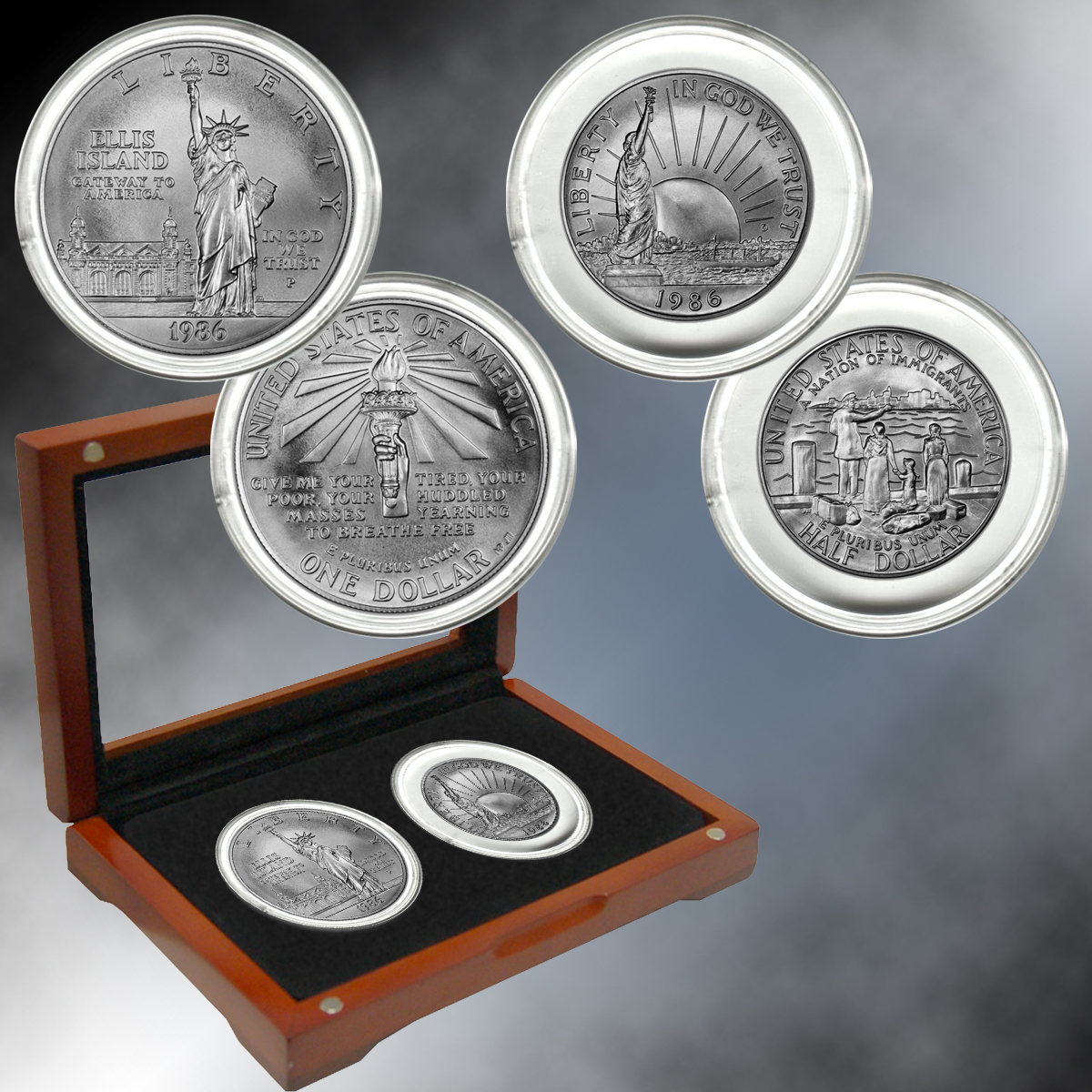 1986 Statue of Liberty Set
Z1AMFKM219
Write the First Review
In Stock
Qty
1
In stock items ship in 2 weeks of order date
Details
The 1986 Statue of Liberty Silver Dollar was issued along with a copper nickel clad half dollar to commemorate the 100th anniversary of the dedication of the Statue of Liberty. The $78 million in surcharges raised from the program was used to fund the restoration of the Statue of Liberty and the celebration of its centennial. Struck in .900 pure silver, the obverse of the silver dollar features a view of the Statue of Liberty with the main building of Ellis Island in the background. The inscriptions include “Liberty”, “Ellis Island”, “Gateway to America”, “In God We Trust”, and the date. The reverse of the coin was designed by John Mercanti with assistance from Matthew Peloso. The statue’s hand with a lit torch are depicted with the concluding words of Emma Lazarus’s poem The New Colossus. These words are engraved on a bronze plaque mounted inside the statue. The reverse inscriptions include “United States of America”, the famous words “Give me your tired, your poor, your huddled masses yearning to breathe free”, the motto “E Pluribus Unum”, and the denomination “One Dollar".

The obverse of the coin depicts a ship of immigrants entering New York Harbor. The skyline is circa 1913, with an image of the Statue of Liberty in the foreground and a rising sun in the background. The inscriptions include “Liberty”, “In God We Trust”, and the date “1986”. The reverse of the coin features a family of immigrants witnessing a view of America from a pier or wharf at Ellis Island. The inscriptions read “United States of America”, “A Nation of Immigrants”, “E Pluribus Unum”, and the denomination “Half Dollar”. The reverse was designed by Sherl Joseph Winter.
This set of two coins comes in a custom display box with Certificate of Authenticity.
Additional Details
Customer Reviews